OSHA is asking for Sharper Teeth and a Bigger Stick to Add to it’s Arsenal.

TESTIMONY OF DAVID MICHAELS BEFORE THE SUBCOMMITTEE ON WORKFORCE PROTECTIONS (abridged)
Until 1970 there was no national guarantee that workers throughout America would be protected from workplace hazards. In that year the Congress enacted a powerful and far-reaching law-the Occupational Safety and Health Act of 1970 (OSH Act). 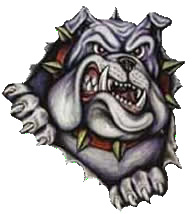 But we cannot rest on our laurels. If we are to fulfill the Department’s goal of providing good jobs for everyone, we must make even more progress. Good jobs are safe jobs, and American workers still face unacceptable hazards. More than 5,000 workers are killed on the job in America each year, more than 4 million are injured, and thousands more will become ill in later years from present occupational exposures.

Because OSHA can visit only a limited number of workplaces each year we need a stronger OSH Act to leverage our resources to encourage compliance by employers. We need to make employers who ignore real hazards to their workers’ safety and health think again. We need to bring OSHA into the 21st century.

Monetary penalties for violations of the OSH Act have been increased only once in 40 years despite inflation during that period. Unscrupulous employers often consider it more cost effective to pay the minimal OSHA penalty and continue to operate an unsafe workplace than to correct the underlying health and safety problem. The current penalties do not provide an adequate deterrent.

PAWA makes much needed increases in both civil and criminal penalties for every type of violation of the OSH Act and would increase penalties for willful or repeat violations that involve a fatality to as much as $250,000.

In order to ensure that the effect of the newly increased penalties do not degrade in the same way, PAWA also provides for inflation adjustments for civil penalties based on increases or decreases in the Consumer Price Index (CPI). PAWA’s penalty increases are necessary to create at least the same deterrent that Congress originally intended when it passed the OSH Act almost 40 years ago.

We also recognize that OSHA has a role to play in using our own authority to establish penalty levels. OSHA has not adjusted its own penalty formulas over the last two decades.

The criminal penalty provisions of the OSH Act have never been updated since the law was enacted in 1970. Most of these other Federal laws have been strengthened over the years to provide for much tougher criminal penalties. Other federal laws provide for a 20 year maximum jail sentence for dealing with counterfeit obligations or money, or mail fraud; and for a life sentence for operating certain types of criminal financial enterprises.

Simply put, serious violations of the OSH Act that result in death or serious bodily injury should be felonies like insider trading, tax crimes, customs violations and anti-trust violations.

Nothing focuses attention like the possibility of going to jail. Unscrupulous employers who refuse to comply with safety and health standards as an economic calculus will think again if there is a chance that they will go to jail for ignoring their responsibilities to their workers.

In addition, potential criminal liability is expanded to any responsible corporate officer or director. The possibility of incarceration is a powerful deterrent.

In addition to making much needed changes to the OSH Act’s penalty provisions, PAWA would cover all public employees. Public employees deserve to be safe on the job, just as private-sector employees do.

Good jobs are also jobs where workers’ voices are part of the conversation about creating safe workplaces. The OSH Act was one of the first safety and health laws to contain a provision for protecting whistleblowers-section 11(c). This provision protects employees from discrimination and retaliation when they report safety and health hazards or exercise other rights under the OSH Act. Achieving the goal of Good Jobs for Everyone includes strengthening workers’ voices in their workplaces. Without robust job protections, these voices may be silenced.